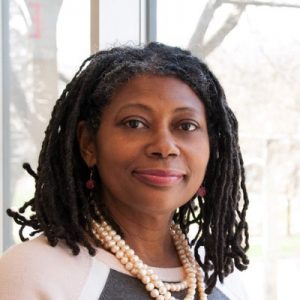 CHERYL STERLING, Ph.D., is an Associate Professor of English. She is a Fulbright Scholar and recipient of numerous grants including the Organization of American States fellowship. She is the former Director of Black Studies at The City College of New York (CUNY).  Her teaching and research interests overlap the areas of identity, representation, and aesthetics in African and African Diaspora Literature, Post-Colonial Theory, Critical Race Theory, Gender Studies, Social and Cultural Movements in Brazil. She has published numerous critical essays in noted journals and in texts such as Migrations and Creative Expressions of Africa and the African Diaspora, Narrating War and Peace in Africa and Archipelagos of Sound: Transnational Caribbeanities, Women and Music.  She is the editor of a special issue of WAGADU: A Journal of Transnational Women’s and Gender Studies on African and Diasporic Women’s Literature (Winter 2017). Her award-winning book, African Roots, Brazilian Rites: Cultural and National Identity (Palgrave MacMillan 2012), investigates African roots matrix ideologies in the literary and performance traditions of Afro-Brazilians. Her edited volume, Transnational Trills in the Africana World explores the overlap of politics and creative production (Cambridge SP 2019). Prof. Sterling is currently working on a book that creates Aesthetic theory based on Yoruba Orisha paradigms to read African and African Diasporic texts and images, and another edited work called, Transnational Fictions, focusing on the Africana women’s writings.