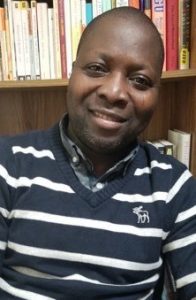 Dr. Soetan is a film specialist. He holds a PhD in African languages and literature from the University of Wisconsin-Madison. His main interest lies in Nollywood (auteur) films, but he also researches and writes about African cinema, film theory, Afriphone literature, religion, mythology medical humanities, and last but not least, anthropology of media. Dr. Soetan’s scholarship sits at the crossroads of many fields of African studies—from film, language, and popular culture, to literature and diaspora. His works draw on critical theories of gender, class, sexuality, identity, and representation. He is also a novelist, a poet, and a photographer.